This newsletter is published quarterly using a cycle of perspectives on the Integral City viewed from: Planet, People, Place and Power. The theme of this issue is Place.

… When we consider the complexity of hierarchies and centers that make up a city, it is easy to see why cities represent the pinnacle of human social emergence. With their concentration of human populations in focused time-space continuums, they require the most complex forms of social system management ever created. In addition the translation and transfer of the extensions of human systems into built form demands the most complex form of structural system management ever needed by life.

Equinox Reflections on the Tilt of Adaptiveness

Many observers of the human condition suggest that we are naturally resistant to change. Actually I think the exact opposite. The Earth is such a constantly dynamic home, that adaptation derives from our evolutionary lineages and is built right into our histories and daily lives. The combination of the Earth’s rotation around the sun, the presence of our moon, spinning its gravitational pull about the Earth and the axial tilt of the Earth’s spin keep every Earth-based system – including our cities – in constant flux. The September Equinox can serve to remind us of all this fascinating scientific information – or simply be a marker for northern and southern hemispheres, that indicates a shift in how we use that information to adjust our use of energy and matter.  Because during the Equinox the difference in daylight is much greater from one day to the next, in terms of our Places on the planet, the equinoxes seem to be times of far more rapid change in our relationship to the great cycles that impact us through sun, light and seasons. Thus it is not surprising that Equinox times somehow seem to heighten our senses to the “tilts” in our Life Conditions that make themselves known through our food systems and signal oncoming harvest season or spring planting. What’s tilting in your Place on this Planet?.

September Equinox opens us into a season of many Thanksgiving celebrations around the world. We remember the Places where we have put down our swords and have taken back our pens and ploughshares. We use the celestial signs to celebrate Islamic New Year, Chinese Mid-Autumn Festival, Hanukkah and Advent. And now we can even “ascend into the heavens” and view not only our home Place, but gain an overview (and overview effect) of the whole ofGoogle Earth from space. Which abundant Places could you thank? 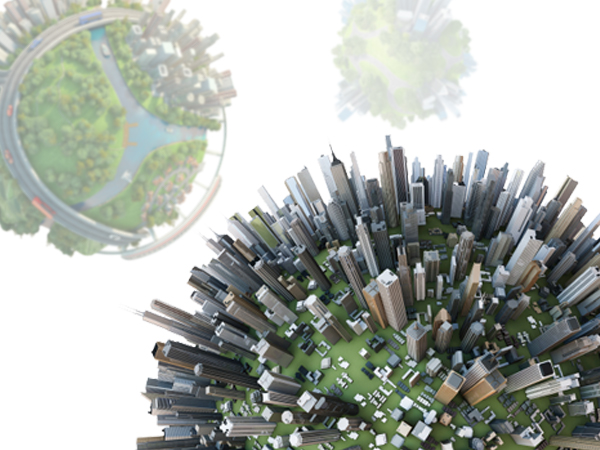 Two years ago, writing for Integral Life, I lamented:

“When I look around the world at the many days we set aside as celebrations I am struck by a major omission. We celebrate the planet with Earth Day. Most nations celebrate a Nation … We celebrate causes such as Pride Day or recognize health awareness like Heart Month. We have Festival Days that vary with the geography and the season … We have drama festivals, sports festivals and ethnic celebrations … We have parades for Saints …Mother’s Day… and some places even have Family Day. But in a planet of cities, why don’t we have City Day for our individual cities??” (Read the whole article here.)

As if in answer to my plea, UNHabitat has created an opportunity for all cities to celebrate themselves on October 31, 2014. It turns out that, in 2013, the United Nations General Assembly during its Sixty-eighth session designated every 31 October, beginning in 2014 as World Cities Day.

World Cities Day is expected to promote global urbanisation, encourage cooperation among countries in meeting opportunities and addressing challenges in urbanization towards sustainable urban development. Read more about it here.

But I suggest that every city should use World City Day to celebrate itself as an important member of our Planet of Cities – with a parade through the four quadrants of the city, led by core representatives of the 4 City Voices (Citizens, Civic Managers, Civil Society and Business) , enlivened by street parties and culminated with celebrations in all the faith systems of the city (see my article for more details).

Because our cities are now repositories of so much wealth and complexity, they are precious and vulnerable living systems, whose existence deserves to be celebrated. This consciousness can contribute greatly to their future thriving and flourishing.

How will you celebrate your City-Place on October 31? How might you invite others to celebrate?

What is the Relationship between our Place in the Human Hive and Inner Work?

While in Budapest at the first Integral European Conference (IEC), Marilyn Hamilton was interviewed by Alex Howard of Conscious2 TV. They talked about her book Integral City, and the relationship between city life and inner work. Watch the Video of the interview here. 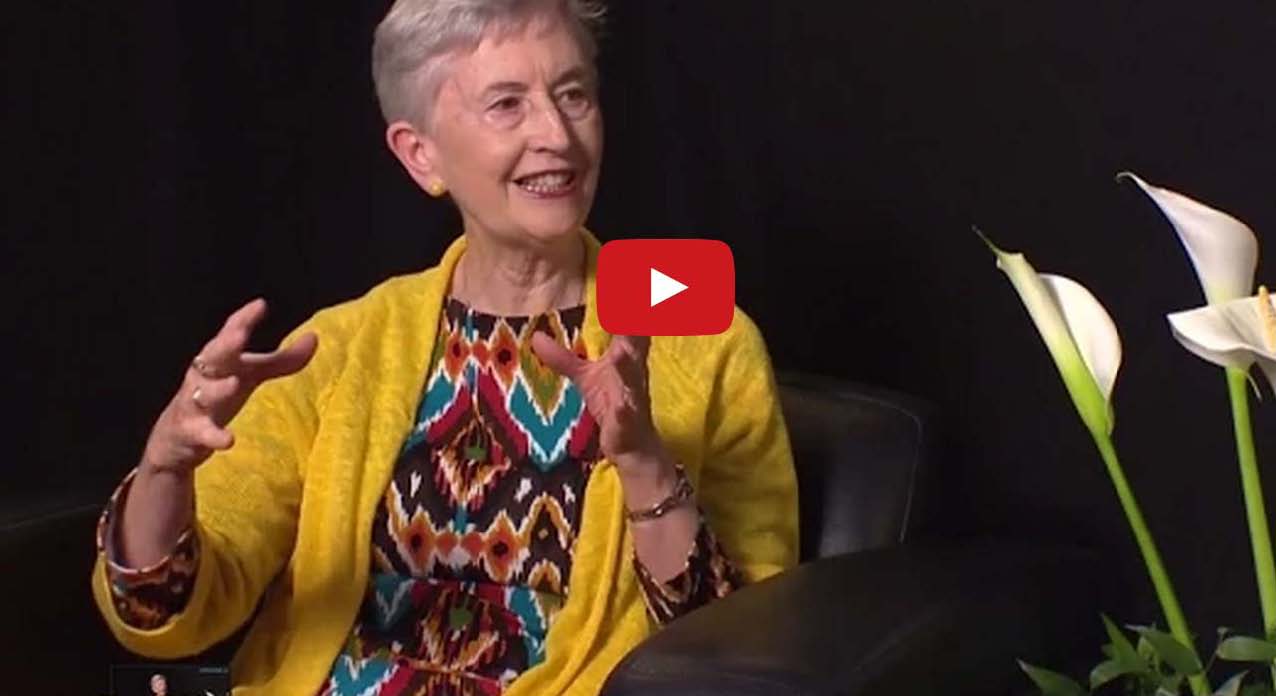 Some key points marked by the interview time include:

2:56 – Honey bees are most intelligent species of invertebrates on tree of life

15:57 – What supports people in engaging more in their community?

18:12 – Agriculture has become an urban experience

20:00 – We have to create the conditions that allow us to align our intelligences

21:20 – We need to create a safe space for people to talk about what is in their hearts

How Does Integral Spiritual and Life Practice Cross-Train Us for Thriving in City Places?

Also at IEC Terry Patten (co-author of Integral Life Practice and a key Thought Leader forIntegral City 2.0 Online Conference) was interviewed by Alex Howard of Conscious2 TV. They explored how Terry sees life as a school that continually gives you the lessons you need until you learn them. Terry explains Integral Life Practice without jargon and comments on the value of “cross-training” the spirit and the body and hanging out with people who stretch your capacity to reflect on self and others. Watch the Video of the interview here.

How Can You Facilitate the 4 Voices to Engage and Enrich Place?

Last year we introduced our Learning Lhabitats to encourage the convergence of the 4 Voices of the City. (Read more about Learning Lhabitats here.) In order to strengthen and catalyze these Voices, Integral City has created a scaffold of learning modules to guide Practitioners, Catalysts and Meshworkers to gain skills and knowledge for waking up the “Integral City” that lies dormant in so many Places. This year, we are delighted to let you know about two programs being delivered by Integral City colleagues that further unpack the scaffold.

1. Learn to co-create places where there is just enough chaos to evoke collective wisdom, and just enough order to discover wise action.

This framing for training that engages self, other and places, comes from co-developer of the Learning Lhabitats, Beth Sanders and her team from Populus. They are delivering The Art of Hosting BIG Decisions While Looking After Self, Others and PLACE. This will take placeNovember 25-28, 2014 in Edmonton, Canada.

This program will teach participants how to ground yourself in the artistry of circle to:

• Learn hosting practices to engage self, others and places that lead to wise, intentional action

• Strengthen your presence and clarify your purpose

Integral Facilitator® is a 9 month professional training program in the advanced competencies of facilitative leadership and masterful facilitation, designed for leaders, facilitators, coaches, trainers and professionals working with groups.

By combining the core skills and techniques of masterful facilitation with leading insights from the fields of developmental psychology, integral theory and mindfulness practices in the Zen tradition, Integral Facilitator® provides core training for self-actualizing individuals who wish to unlock the subtleties of human interaction that can make a difference in waking up the Human Hive. Read details and how to register here.

In this last quarter I have written 2 Blog series. The first explores the injunctions on Optimizing the Impact of Integral City Practices inspired by Dr. Roger Walsh at Integral Europe Conference; the second taps into the research of author, Frederic Laloux and what Reinventing Organizationssuggests for Reinventing Cities.

• Here is a link for the series on Optimizing the Impact of Integral City.

• Here is the link for Reinventing Organizations to Reinvent the City.

Celebrating “Place-focus” in the Coming Quarter of 2014

September 21 marks the start of what IC is calling the Place Quarter (from September 21 to December 20). What do you think of the new World Cities Day? How do plan to celebrate your city — whether that be as an individual, a family, an organization, a community, a Voice? Or????? We would love to learn from you how we can amplify the celebration of our Planet of Cities. Visit us at Integral City Collective on Face book LINK and post a short update or a photo.

Meshful Blessings for September Equinox from

Here are some resources for empowering Place in the Human Hive:

3. Register for the third Integral Living Room Oct 9-12, 2014 – Theme: COSMOS TO KOSMOS: An Integral Spacetime Odyssey. ILR plans to explore an awesome universe governed by natural forces such as gravity and electromagnetism, expanding them into the gravitational pull of goodness, truth and beauty, and the magnetism of attraction and love as forces we can work with to co-create a better world.

4. Download Podcasts of the interviews with the 12 Thought Leaders from Integral City 2.0 Online Conference 2012 (IC2OC). They explored Place through each of the Integral City Intelligences. Podcasts are available here at a 30% discount for Reflective Organ readers. Individual Thought Leaders can be downloaded for $10 each).

Newsletter Published Quarterly by Integral City Meshworks Inc.#601-2825 Clearbrook Rd., Abbotsford, BC, V2T6S3. Send us an email if you wish to subscribe to the Newsletter and for occasional updates: newsletter@integralcity.com