I encountered all those associations and descriptions of city activity in my visit to Russia in November 2017.

It was amazing to see the impact that Integral City´s frameworks, toolkits and books were having after my visit to Urbanfest in 2014 when Book 1 (Integral City: Evolutionary Intelligences for the Human Hive) was published in Russian – thanks to the translation by Eugene Pustoshkin.

Lev Gordon, impresario of Urbanfest 2014 and subsequent co-founder of the Living Cities movement in Russia, shared in his interview in Integral Leadership Review that Living Cities had an intention to change 1000 cities in Russia by 2035.

While the goal to change 1000 cities seemed ambitious when I first learned of it, I now think it is possible. Because I had the privilege to speak to about 20 teams from the Monocities program at the Skolkovo School of Management. Those teams had been selected from 319 Monocities to develop projects that would help the cities diversify from the one industry towns created by the Soviets. The program was delivered over 2 years, in five 5-day modules with applied team/city learning in between the projects.

When I met the team members I was intrigued with their interest in Integral City´s message that Placecaring is the foundation for Placemaking (the theme of Book 2  Integral City Inquiry & Action: Designing Impact for the Human Hive).  It was important to them to know that the 4 Voices of the City working together made a difference.

After having taught leadership in the School of Leadership at Royal Roads University for almost 2 decades, I recognized the evidence of energy and transformation in these teams. They acted with goal-directed intensity and presented their projects very professionally. 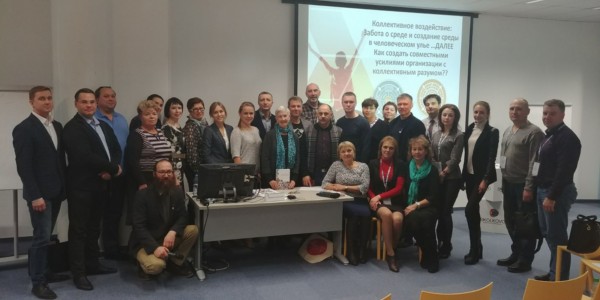 No sooner had I packed my bags to move on to Nizhny Novgorod (another multi-industry city north-east of Moscow), than I received an invitation to return to Skolkovo for November 30 and deliver my presentation to the 319 Mayors of the Monocities. They wanted to hear the message that Placecaring is the foundation for developing strategies for thriving cities. The teams wanted the Mayors to learn about the importance of including the voices of Citizens along with the voices of Civic Managers, Civic Chambers (aka Civil Society) and Business. They wanted them to hear the value for creating Visions for their cities and early wins to motivate people to contribute to the strategic implementation of the Vision. 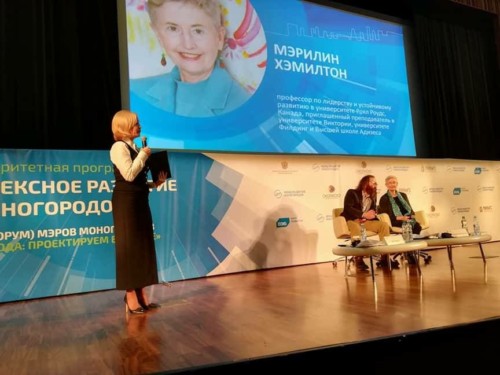 Finally, the reason that Russian Cities are receiving the recognition of Cities of the Year, was underlined by the example of the city of Nizhny Novgorod bringing to life both the Principles of Living Cities and the positive energy of the Monocities. Gathering with (at the time) Mayor Solonchenko, along with the Project Team Leaders and Civic Chamber, I was presented with a copy of the Integral City Russian Book to sign.

Not only that, but I was given the Nizhny Novgorod 2.0 Integrated Development Plan … a plan for reviving the city through improving Citizen Living Standards, Transparency of Civic Management, Partnerships for Development Strategy and Celebrating the City´s 800th Anniversary. 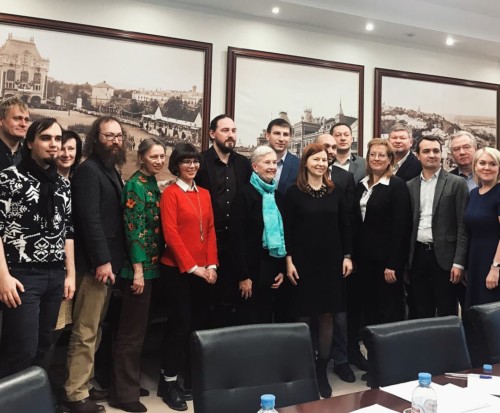 Altogether then, the 3 City Associations of Russia – including the Monocities, Living Cities and Integrated City – offer a very different view of Russia striving to thrive, than we see in the western news media. The experience of meeting directly people who genuinely care for their cities and the relationships that can bring them fully to life is so inspiring, that they have easily earned the recognition of Integral Cities of the Year 2017.